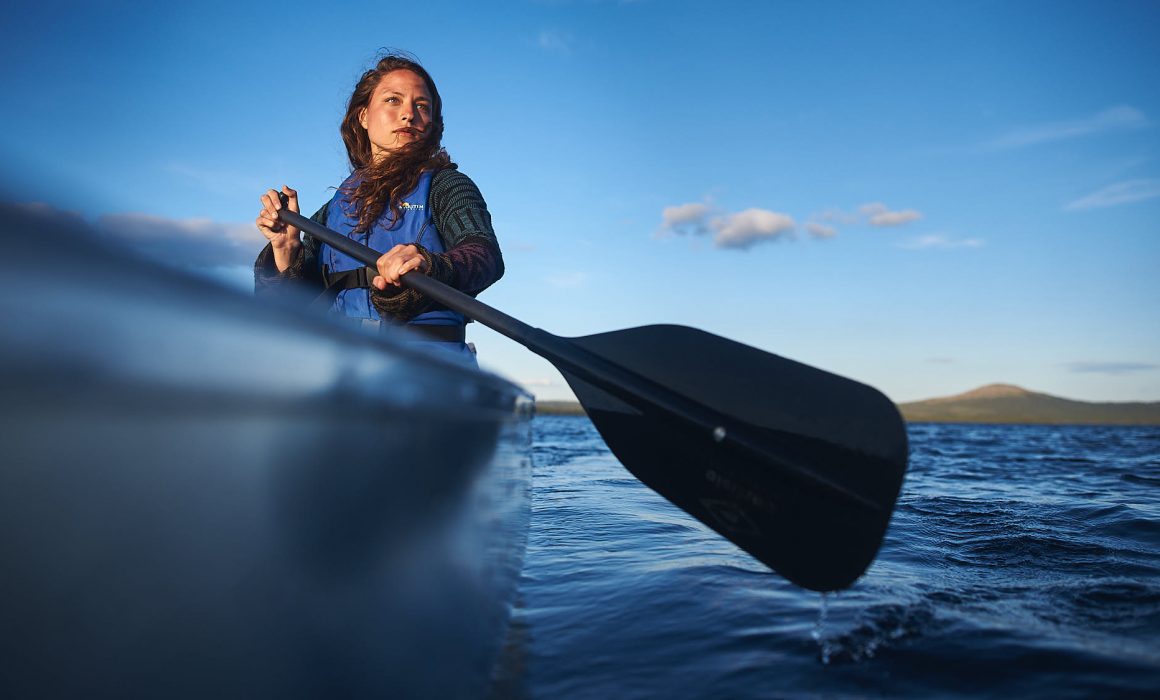 How on earth did I end up here? This went through my mind as I’m taking photos of a bunch of young people dancing on top of a mountain with a 360 view of lakes and more mountains. It was just another typical day though, part of last summer’s assignment to shoot campaign images during a trip to Norway.

The trip was an Into the Wild canoeing trip in this Scandinavian country. I was brought into this project by my friend and colleague Ektor Tsolodimos. Ektor is a close friend of the K-Jak crew, and shoots a wide range of photography. He also knows a thing or two about online marketing. Ektor doubled as a guide and excellent chef for this trip, in addition to shooting photos. In order to maximise the number of quality shots the trip would yield, Ektor brought me in as an extra photographer.

K-Jak is a Dutch travel agency that specialises in canoeing trips in Scandinavia. The common denominator in all its offerings is to provide travellers with an adventure in a gorgeous and unspoilt environment. What I liked about K-Jak from the perspective of a traveller, was that it takes care of just enough logistical matters. You’re able to fully focus on experiencing an autonomous adventure, with none of the logistical hassle to get started.

The goal was to shoot a series of lifestyle images showing what a typical traveller’s experience could look like. K-Jak will use the images in online campaigns and content to showcase the trips they offer. Key characteristics of the images were that they had to look authentic, and make viewers want to be present in that moment. The demographic for these trips consists of young and adventurous people. For this reason, we used both past travellers and K-Jak staff as our models, in addition to travel blogger Georgia. These are people that would actually go on a trip like this, not just pretty faces with no outdoor affinity. Which doesn’t mean our models didn’t look good, of course 🙂 The trip inspired me through having to rely on more basic means. Though I brought a decent sized camera bag, I tried my best not to bring too much. Lean and mean is the key here, both to moving quickly and capturing the best moments. Coincidentally, I was in the middle of training for alpinism, which meant I was super fit. Following Ektor’s advice, I’d bought a sturdy and fully waterproof camera bag. It also happened to be a shade of yellow that hurt your eyes when looking at it. While canoeing I opted to have this bag between my legs, closed most of the time. This meant I had to pick a lens and stick with it for long stretches. It was actually great to have to think ahead this way. The photos below (all by Ektor) show yours truly very hard at work / just chilling on the floor (have your pick) and model Sarah J casually sharing the spirit of this trip in the first shot. Naturally, we did not have acces to power throughout the entire week. I’d packed about 6 battery packs for my two camera bodies, and stocked up on memory cards. I was shooting to two cards simultaneously, using redundancy to make sure a potential card failure didn’t result in any lost photos. This is a practice I’ve adopted for all of my shoots. With no access to computers for the entire trip, it was especially important at this occasion.

Canoeing was yet another new sport / outdoor activity for me to try. Read all about the other sports I’ve practiced and the role sports plays in my life in this blog post.

What’s more, although there were some outlines of which spots we’d hit to camp, hike and row, there was no itinerary set in stone. Moreover, with no real experience being in a canoe for a week straight, it was hard to predict which moments would be best to photograph. On a day to day basis, this meant I just had to stay focused and be ready before anyone else. This allowed me to capture the great moments when they did happen. Interestingly enough, the lack of a real plan added to the feeling of being fully immersed and was quite inspiring and liberating.

Highlights of this trip into the wild in Norway

Since I’m not a huge fan of chronological travel reports, I’ll just share some of my favourite moments and photos of this trip.
The literal high point of the week was hiking up a mountain topping out at 1700m or so. The hike took most of the day, and for me personally was a great test to see whether my training for Mont Blanc had paid off. Walking up, the landscape went from a forest to a moor with some quite swampy patches of land. Eventually, it turned into a rocky plain by the mountain lake where we pitched our tents. After enjoying our haute cuisine Adventure Food instant meal, we set out for the mountain’s actual summit late in the evening. Seeing the sun kind of go down and then instantly come up again at 11 at night was incredible. It was also a great opportunity for photography.

One of the most daunting aspects of a canoe trip is when you have to transport your vessel on land, to skip from one lake to the next. Even though pulling the canoe for an hour may seem quite intense, it was a great opportunity to have a deep talk and try and solve some world issues. Norway being a rather hilly country, we opted to hike up another mountain. Though this one took only an hour and a half to summit, it more than delivered. From the spot where we pitched our tents, we had a virtually 360 degree view of our surroundings. Lakes, forests and mountains as far as the eye could see. The realisation of being the only human beings in the wide vicinity was unreal and prompted a spontaneous dancing party. Most nights, we slept on a tiny island in the middle of a lake or on top of some mountain. At one location by the side of a smaller river, we set up some lifestyle images with Tom and Sarah. One thing you can’t see in these photos, is the amount of small mosquitos (knotts) that were ever present. At one point, I just stopped scaring them away and embraced having my limbs fully covered in bites. It’s probably hard to believe that these small insects stopped being a nuisance, with their overwhelming presence instead becoming outright comical.

At this same camping spot, my friend Ektor gave K-Jak founder Jos the scare of his life. Ektor had checked in an extra suitcase just to carry a bear suit all the way to camp. One morning, he put on the suit and patiently waited outside Jos’ tent. I wasn’t present for the moment itself, but instead woke up to hilarious shrieks of laughter. Ektor managed to record a short video of the incident, which unfortunately cannot be shown to the public at large 🙂 I feel that one’s experience while traveling is hugely dependent of the company you’re in. Safe to say we lucked out in that respect. Our team consisted of young and adventurous people who each brought their own talent and character to the table. Even the ‘in flight’ entertainment was taken care of, with the incredibly talented Geert treating us to both some of his own songs and some classic rock tunes. Sarah J was ever willing to provide her own take on entertainment. I went to Norway and all I saw was a fake bear, eternal sunsets and endless lakes

At the end of our week in the wild, we reported back at base camp to enjoy a semi hot shower and a BBQ.
Shooting a trip this immersive was incredibly inspiring and has reignited a desire in me to see more of nature and experience more adventures. The one thing I liked most about the trip, was the total freedom I experienced. The feeling having the freedom to go where ever you want to go is indescribable. A final shoutout to the K-Jak crew is in order. Their laid back yet focused on getting things done attitude is the exact thing you need to get your adventure started.