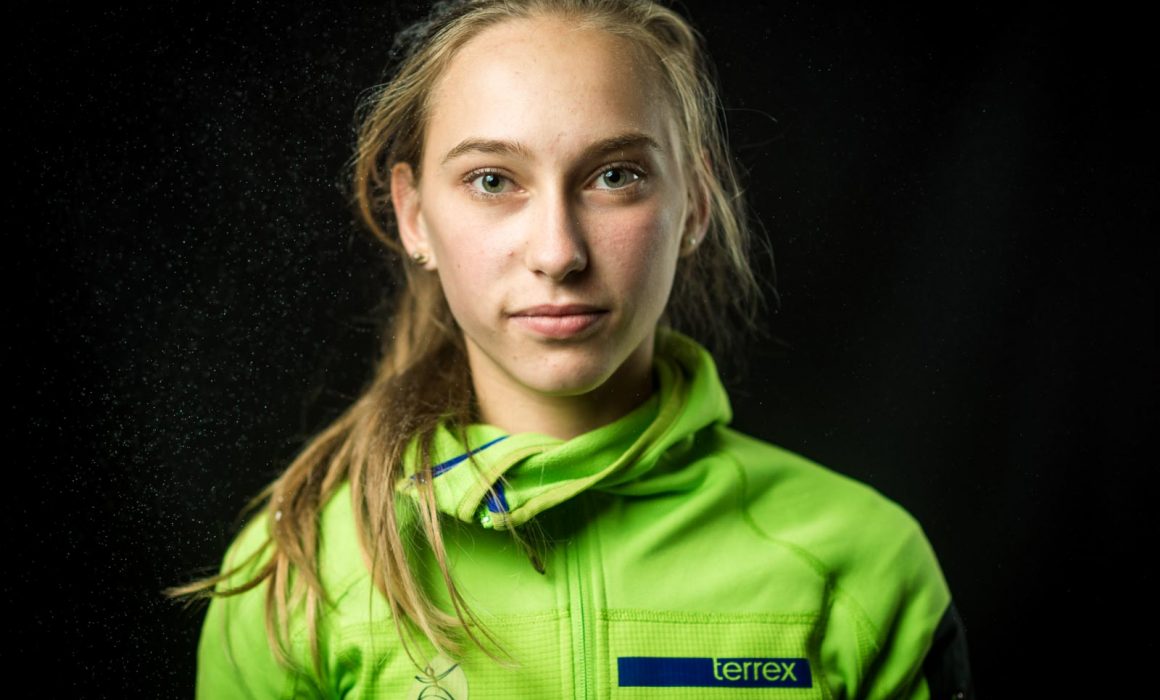 At the recent Adidas Rockstars climbing competition, I completed a special multi day project where I shot portraits of all top competitors. Here’s what went on behind the scenes for this unique project!

A few months ago while on vacation in the French Alps I got an email from my contact at Adidas Outdoor, Tina: I have a little photo project in mind, (…) and I thought of you and your style of images. It’s these emails that make me really excited to work with a brand, being valued for my specific style and approach, and working with the brand on coming up with cool new concepts. I actually first met Tina two years ago when I was attending the Rockstars event just to shoot some photos to add to my portfolio and to get to know some climbers. It’s funny to see how two years later this lead to doing a project together.
What makes the Rockstars bouldering competition so special is that Adidas believes that it’s crucial to make the competitors feel as comfortable as possible. Everything is arranged for the climbers, from accommodation to massages in the isolation area climbers wait in before they climb. This area is actually named athlete lounge by Adidas, getting rid of the rather military connotation. Climbers respect this treatment and in the end the field of competitors is hardly any different from that of an average IFSC World Cup.

Tina’s idea for the photo project consisted of two parts. First of all, we’d be shooting portraits of the top competitors. In addition, we’d be shooting photos of the hands of these climbers just after they’d finished climbing. This would result in a series of diptychs for some of the greatest climbers. We figured it’d be really interesting to see which hands belonged to which climbers. I was really psyched for Tina’s idea and after some back and forth emails we had a very detailed plan for the project, including some test shots. By doing these tests beforehand, I knew exactly how I’d execute the photos. This way, we wouldn’t need to make any last minute changes to the style and technical side of things while a pro climber was waiting for us.

Shooting the project meant I had to get from my hometown of Eindhoven in The Netherlands to Stuttgart in Germany. It’s a bit of a weird distance to cover: travelling by plane would take just as long as travelling by train. In addition, I’m not a huge fan of checking in photo gear at airports. I’d be taking as many as three bags: one for all cameras, lenses and flashes. Another for all light stands, umbrellas and other random photo stuff. Finally, a North Face duffel bag was packed with my clothes, personal things, an extra telelens and my MacBook. Looking like a nomad I got on the lightning fast ICE train and checked in at the Hilton Hotel in Stuttgart seven hours later.
It soon became obvious that Adidas had saved no effort whatsoever to make it clear that some epic action was about to happen in the Porsche Arena. I love how the brand works hard to make the climbers feel like true superstars and position bouldering as a highly spectacular sport.

After checking in to my hotel room on Wednesday evening I had a quick phone call with Kilian from Adidas, who’d be guiding and assisting me during the project. We were supposed to be shooting the portraits of the best 25 or so climbers the next afternoon, however Kilian told me there’d been a slight change of plans. In order to make the project more appealing to other media and increase the chances of it being picked up, we’d have to try to shoot all 60 competitors. While we originally had about ten minutes per athlete, we were now down to just five minutes. Although this was quite short to work with the climbers and get the best possible portrait with every single one of them, I naturally took the challenge. We decided to make sure we got some photos of the athletes we originally planned on shooting, and shoot as many of the other climbers as we possibly could. I think it’s important to show clients you’re ready to cope with some last minute changes and that you’re flexible to work with.

Thursday was show time for the headshots. Kilian and I had agreed to meet at ten near the meeting rooms in the Hilton hotel. All athletes were required to register for the competition here between one and six in the afternoon. They’d also receive the every important goodie bag here. I had planned on setting up a small studio in the meeting room to shoot the portraits. However, it turned out the meeting room was slightly smaller than we anticipated, and there was also a video crew setting up their own studio to shoot some short clips with the athletes. This left me with virtually no room to put my flashes, and sharing the studio with the video crew was logistically impossible. By the way, the video crew was pretty awesome: these were the same guys that did the clips shot with GoPros mounted on the riders’ bikes during the Tour de France and the Spanish Vuelta.

After some quick scouting of the hotel we found a quiet corridor where I could build my on location studio. The final setup looks rather improvised, which is exactly true to reality. I’d brought a black sheet to be put up as a background in case we couldn’t find a suitable black wall, and a plastic sheet you normally put under your tent to gather the chalk we’d be using. I’d ask climbers to chalk up their hands and then clap in the air, so there’d be some chalk flying around the faces when I shot the portrait. What’s important here is that I think you don’t always need a lot of expensive gear to shoot some high quality photos.

After shooting some test photos to confirm the setup was good, Kilian was standing outside the meeting room to guide athletes into my studio. The first athlete in was young Megan Mascarenas, who was a bit shy but had a great smile and would blow everyone’s minds by winning the competition two days later. Next came some really strong climbers all the way from Asia. One of them was Chon Jongwon, who was ever so kind and humble: when I congratulated this young man on winning the 2015 bouldering circuit he bowed down deeply. I also loved the color of his girlfriend Sol Sa’s hair.

Jernej Kruder and Jeremy Bonder would definitely stand a good chance of winning the silly faces competition, while Dmitri Sharafutdinov made an excellent Slim Shady appearance. I’ll probably remember young and uber talented Janja Garnbret focused look for a while to come, remember her name. It was also quite a relief to see that even the top climbers were incredibly patient and genuinely kind. Working with Kilian was a great experience as well, we made a good team and even went climbing at the brand new Stuttgart branch of the legendary Café Kraft on a free evening.

The second part of this project consisted of shooting a quick photo of the hands of every competitor just after they’d finished climbing. We planned on doing this on Friday morning, during qualifiers. This way we could see every single athlete after climbing, and competitors would probably be a bit more relaxed still than during semi finals and finals. Kilian and myself were granted special access to the athlete lounge, to have the best chances of seeing all athletes at the right moment. Things went incredibly fast once the climbers started coming back into the lounge in pairs of two every four minutes after climbing. I was running all over the place, trying to find the right climbers, while Kilian was running after me and trying to keep track of which climbers would be next and who we’d missed. In the end, it turned out we’d only missed one single climber, a result we were extremely happy with given the sheer number of climbers and the challenge of finding the right person at the right time.

Saturday marked the finals of the event. Instead of watching the semi finals I decided to work very hard on getting the project finished as soon as possible so Adidas could send out the photos to other media outlets. Matching each climber with the right pair of hands took some focus, but using the list we’d kept I managed to complete this in the end. The German climbing magazine Klettern published the photos in various places on their website. The images will probably also be used by Adidas Outdoor in their own media and several athletes are now using the portraits on their social media accounts.
It was such an amazing experience to be among these top climbers for a couple of days and get to shoot these special portraits with all of them. I’m hoping to be doing a lot more projects like this one, and of course it is my hope that seeing these photos will tempt both Adidas and other brands to do more projects together.
Some of my favourite portraits from the project are depicted below, while the full series can be viewed on Klettern’s website. To see more of my work be sure to view my portfolio and follow me on Instagram, where I publish climbing photos exclusively, a lot of which cannot be seen anywhere else.